According to the Pew Research Center, 11% of Americans report having some level of sexual attraction to members of the same sex. Only 5% specifically identify themselves as lesbian, gay or bisexual. .3% identify as transgender. Researchers generally agree that these numbers are under reported for various reasons, but the extent to which this is true is not known, of course. Bisexuals, in particular, tend to under report for various reasons.

My own estimate is that the LGBT spectrum probably includes 11-15% of the total population. In future years, as more people become comfortable with self-identifying as L, G, B, or T, we'll see higher (and more accurate) numbers emerge.

Many people have a difficult time understanding the continuum of gender identity/sexual orientation. The standard bell-curve graph below is an attempt to help you visualize the concept. 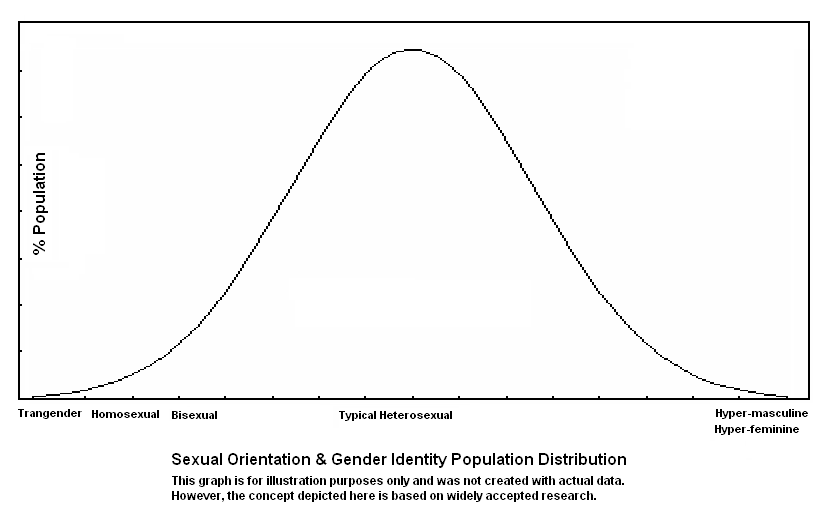 Who was Dr. Harry Benjamin?
2680 comments